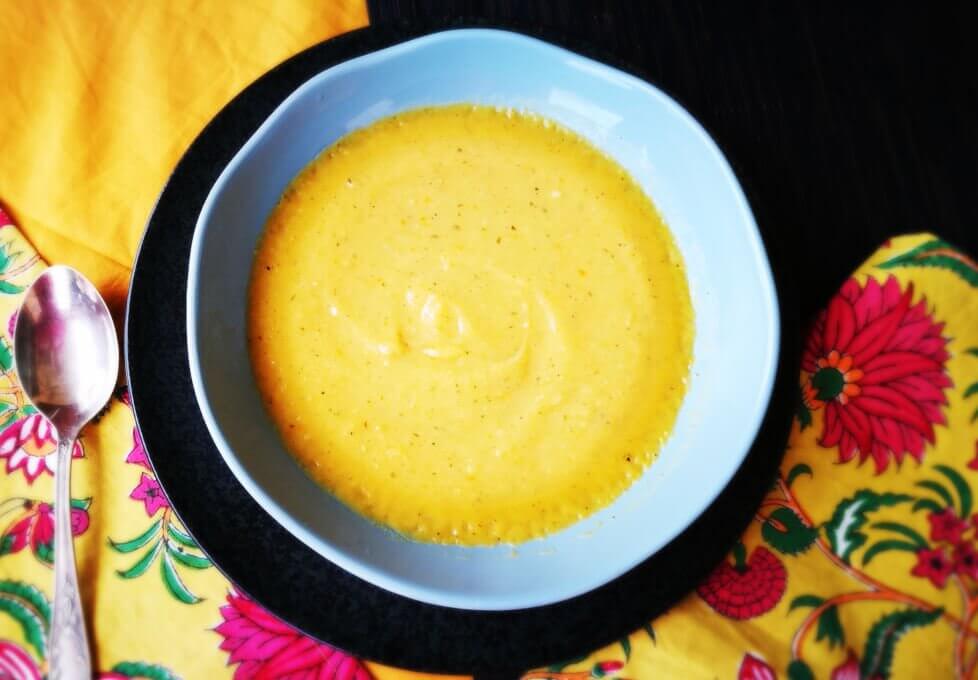 Although winter in Israel entails little rain and a bit of clouds accompanied by some winds, it still brings the desire for comforting soups and stews.

On one of the recent winter Fridays, my heart suddenly and unexpectedly felt like potato soup. Now, when you start with potatoes, you never know where you might end up. So, it ended up with a few more vegetables, and as a controversy to the simplicity of potato soup, my hand felt like adding a bit of the “king of spices”- Saffron. History was made, and this delicious, vegetarian, golden potato soup was included in our family’s cookbook (if only it would exist). It was repeated endlessly until my heart cried- enough, it’s time to try something new!

But honestly, isn’t it tempting to make something so simple, that sounds intriguing and exotic, and that would grab your guests’ compliments?

So, my golden potato soup- here you go:

Ingredients (for about 6 servings):

Heat a large pot with some oil

That’s it. That simple.

Middle Eastern Eggplant Salad to Hide From Your Hungry Aunt